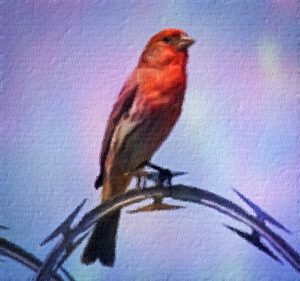 Forgiveness is one of the basic principles of our faith. It is easy to grasp our need to be forgiven, but intrinsic to our faith is also the need to forgive others. This principle is specifically talked about in around 10 different places in the New Testament. Only the command to “love one another” is given more than this one.

Perhaps this is mentioned often because we are better at harboring grudges and anger and bitterness than we are at forgiving. When somebody misuses us or harms us or insults us, we never have to say to ourselves, “I know I should be angry, but I’m going to have work on it. It will take me a while to work up some resentment.” Resentment and anger and vengefulness seem to come quickly and easily and naturally. Forgiveness doesn’t.

According to the Bible, this meaningful, vital relationship is all about forgiveness. We can’t have this relationship with God unless He forgives us; that part is pretty clear. But Jesus took it a step further when He said, “If you forgive those who sin against you, your heavenly Father will forgive you. But if you refuse to forgive others, your Father will not forgive your sins.” (Matthew 6:14-15)

Now let’s try and put this principle of forgiving others as Jesus forgave us into some kind of real life context. This is obviously an important spiritual principle, and we don’t want to misunderstand what the Bible is actually teaching.

This is where things get a little personal and a little tricky for us. The reason we become angry and bitter and full of resentment in the first place is because people hurt us, people wrong us, people disrespect us, people in some way violate us. So, what the Bible is telling us is that whoever caused this hurt and resentment needs to be forgiven. The reality for many of us is, however, that some of the hurts we have suffered are almost unbearable.   And many times, the person who caused the problem in the past is still causing problems. Sometimes the person who hurt us so badly in the past is still the same person. He or she hasn’t changed. It seems obvious that some people do not deserve to be forgiven. How can we forgive someone who is still unrepentant and hurtful?

What Forgiveness Is (and isn’t)

Forgiving someone doesn’t mean that what they did was all right. It’s not pretending that it wasn’t so bad after all. As we well know, humans are capable of doing horrible things to each other. It might be that the person you are struggling to forgive did something horrible to you. It is not minimizing the offense. In fact, if what the other person did was not important, there would be no hurt and nothing to forgive. The fact that it has caused such hurt means that it is a significant burden that God does not intend for you to carry.

Forgiving also does not mean that you must like or trust the person who hurt you. We sometimes confuse forgiveness for reconciliation. The Bible commands us as followers of Jesus to forgive; nowhere, however, are we commanded to be reconciled to toxic, hurtful people.

In a practical way what this means is that forgiveness is the part between us and God and reconciliation is the part between us and other people. True Biblical reconciliation can only happen as people repent. Forgiveness, however, can occur whether the offender repents or not. Forgiving simply means you are making a choice to let go of the bitterness or hatred so that God can give you peace –you are turning the justice of the situation over to God –you are giving Him the burden –you are not going to carry that weight any more. Forgiveness is a choice, not a feeling. We choose in Jesus name, through the power of the Holy Spirit, to forgive and release the anger, hurt, and bitterness to God.

Sometimes we find that even though we have made the choice it is difficult to actually release the hurt and anger. That is, we fully understand the mandate and we truly desire to do the right thing and we have actually prayed the prayer and said the words, “I forgive.” Yet, when we see the person who hurt us or even when we think of the situation, we continue to get a knot in our stomachs and feel the burn of resentment.

I believe that this is because we have failed to take a full account of the hurt. Here is what I mean by that. If we think about forgiveness as reconciling emotional and spiritual debt, it is a sort of accounting process. We hurt (or feel anger or bitterness or resentment) because debts are owed. In order to balance the books and reconcile the debt, we need to take a thorough and honest account of exactly what is owed. And often the debt is bigger than we originally thought.

Let me give an example. If someone at work tells a lie about me, that is a debt that needs to be released to God and forgiven. But if there are continuing consequences of the lie, the debt is bigger than just forgiving the person for telling a lie. If the people I work with believe the lie, it has harmed my reputation and questioned my integrity. That is another whole level of debt. Worse yet, if I end up losing my job because of the lie -and then as a result of being unemployed my finances are impacted, and as a result of finances being tight my marriage is stressed, that is a whole bunch of new debt. If then as a result of my marriage being stressed, I am unhappy and my friends don’t really even want to be around me, that is even more debt. All of this additional debt is not exactly the same as forgiving the person for telling the lie, but if the debt is not acknowledged and released to God, of course I am still going to be hurt and angry. To fully forgive, we need to fully take an account of the consequences and continuing debt.

Forgiving is transferring the debt to God. Once we have chosen to roll the debt onto God, it is no longer ours to carry. We make a conscious choice in Jesus’ name to release the debt to Jesus, and we let it go. Once we have released it, the debt is between the person who wronged us and God. That person is now accountable to God rather than to us.

As we consciously and willfully release the hurt and bitterness and anger and resentment to God and ask Him to carry it, we discover peace and increased intimacy with God. This is the point of forgiving one another. This is why we are mandated to forgive.

“Forgiveness is an act of the will, and the will can function regardless of the temperature of the heart.”  -Corrie ten Boom-

“Forgiveness in no way requires that you trust the one you forgive. But should they finally confess and repent, you will discover a miracle in your own heart that allows you to reach out and begin to build between you a bridge of reconciliation.”  -Wm. Paul Young-

“Resentment is like drinking poison and then hoping it will kill your enemies.”  -Nelson Mandala-

“A life lived without forgiveness is a prison.”  -Wm. Arthur Ward-

“Forgiving does not erase the bitter past. A healed memory is not a deleted memory. Instead, forgiving what we cannot forget creates a new way to remember. We change the memory of our past into a hope for our future.”  -Lewis B. Smedes-

“To forgive is to set a prisoner free and discover that the prisoner was you.”  -Lewis B. Smedes-

“You will never forgive anyone more than God has already forgiven you.”  -Max Lucado-

“Forgiveness is the economy of the heart; forgiveness saves the expense of anger, the cost of hatred, the waste of spirits.”      -Hannah More-

“Don’t wait to forgive until you feel like forgiving; you will never get there. Feelings take time to heal after the choice to forgive is made.”  -Neil T. Anderson-

“And there, right in the middle of it, I find ‘Forgive us our sins as we forgive those that sin against us.’ There is no slightest suggestion that we are offered forgiveness on any other terms. It is made perfectly clear that if we do not forgive we shall not be forgiven.”   -C.S. Lewis-

“Forgiveness is the way we return what has been taken from us and restore the love and kindness and trust that has been lost. With each act of forgiveness, whether small or great, we move toward wholeness. Forgiveness is nothing less than how we bring peace to ourselves and our world.”  -Desmond Tutu-